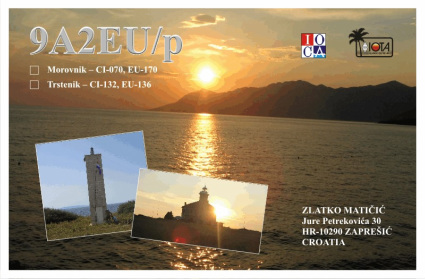 My main interests are contesting and DX-ing. I often operated from big contest station 9A1A, and also I am a member of 9A7T Contest club, that is very active in many contests. We won in IOTA Contest five times as 9A7T/p and 9A7T in low power categories. My favorite contests are CQ WW DX SSB  and CW contest and I usually operate SOAB LP or any multi category from 9A1A or 9A7T.

I have confirmed all 340 DXCC entities and am a holder of ARRL DXCC Honour Roll  #1 plaque. I have also DXCC Challenge plaque with 3000+ band slots.

I am former editor of Radio HRS radio magazine in Croatia and 9A HF Contest manager.

Please QSL cards via bureau or direct. If you want to send QSL direct please include 1 IRC or at least 2 USD because postal rates went up as of April 1 2011 for regular letter up to 50 g  1.50 USD and airmail to USA abt 2 USD. I am also LotW user. eQSL is OK for QSOs after Sep 1, 2007. For QSOs earlier than this I'll answer individually any eQSL request.

See you on the bands and in the contests. 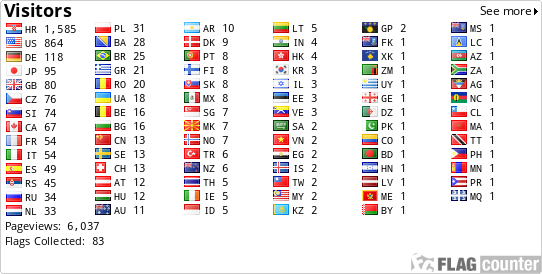